Liberating People instead of Trade 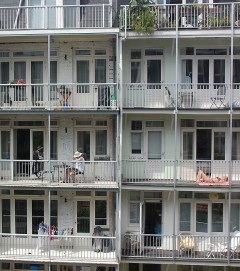 They tell us that the Comprehensive Economic Trade Agreement (CETA) between the European Union (EU) and Canada has been finalised – but not what the text is. In fact, if you search on the European Commission website for CETA, you find only documents that are nine months out of date. The text will be available once the deal is signed, predicted in late September or later, according to the Canadian news outlets. (Others predict that the ratification could take some time in the European Parliament.)

This is not quite as undemocratic as it sounds – part of the delay is that the deal must be ratified by the provincial parliaments in Canada, as well as the European Parliament, the European Commission, and all 28 EU Member States. Ratification, however, for some is just a formality: one report states that CETA can be applied prior to being ratified. The text, even before it was finalised, has been cited by the European Commission as a model for the Transatlantic Trade and Investment Partnership (TTIP), an enormous free trade agreement currently being negotiated between the EU and the United States of America (US). CETA was described by European Commissioner for Trade, Karl de Gucht, on 22 July 2014 to the new European Parliament Committee on International Trade: “As soon as the negotiators have completed their job, you will receive the consolidated acts of all chapters… This is one of the most ambitious agreements we have concluded so far, going far beyond what Canada conceded to the US in the context of NAFTA [the North American Free Trade Agreement], and this is no mean achievement.”

When we see the final CETA text, we will finally know for certain whether it includes, as reported, the investor-state dispute settlement (ISDS) mechanism which permits corporations to sue governments for legislation which reduces their profit. And then we will also have an opportunity to tell our heads of government and our Members of European Parliament, that this distortion of democracy is simply not acceptable.

So, why have a mechanism to protect investors? Well, the explanation can depend on one’s point of view: ‘The investor-state mechanism exists to ensure governments do not blatantly violate investor rights when they face political pressures,’ according to one journalist, who goes on to say, ‘Governments are not only accountable to the electorate’ but also to investors. So, to some, the weak in society – the ones who need protection – are those with the extra funds to invest, and the threat to them comes from democratically elected governments.

ISDS arose to protect investors in parts of the world where the rule of law is not fully developed, and where local courts could not be relied on to be consistent and fair to investors. It focusses on compensation for material being taken by government action. However, this is being very broadly defined: one NGO describes how a cigarette manufacturer is suing the Australian government under an ISDS for ‘destroying the commercial value of its intellectual property’ by requiring plan paper packaging in the interests of public health. As QCEA has explained in its submission to the European Commission consultation on ISDS, there is no evidence that the fundamental rights of investors have been neglected or abused in either the EU or the US. In fact, the €700bn worth of goods and services that are traded between the EU and the US every year, make it clear that the current system offers adequate protection to investors.1 There is no need to confer on investors influence beyond those of other social actors, like, for example, individual citizens of every income level.

In Europe today, we say we have universal suffrage: we now generally agree than women may vote, and people of different racial inheritances as well. Property requirements for voters was abol

ished nearly two centuries ago – but now this unequal idea is resurfacing. The idea that those with extra money to spend should have more influence in government has not gone away. Will any EU Member State stand up for the rights of voters and ordinary citizens – democracy – over the ‘rights’ of investors?

Linked to this question is the question as to what the purpose is of economic activity. Since the 1920s, says Pavan Sukhdev, corporations have focussed on lobbying for their own profit, developing their business by getting resources and labour cheaply, advertising without ethics, and developing leverage. That was then, he says: in the 21st century, we must move from the obsession with shareholder value, to the concept of stakeholder value.

Stakeholders are not only those outside the company: one example is people who acquire skills in a corporation that sees itself as an actor in the larger society, not just for its own profit. We struggle with the spectre of youth unemployment and how to overcome it – often, our ideas are the same as in the 1970s, perhaps because the economic milieu instead needs to evolve. Today, we have social problems that are increasing despite economic recovery – the desperation of the poor, the elderly bundled in old winter coats inside their unheated homes (due to lack of funds to pay for heating fuel), the influence of profit-seeking objectives on legislation and on political behaviour. Climate change and exhausted planetary resources are other effects of assumptions about the purpose of the corporation which may not longer be valid. And Pavan Sukhdev’s voice is not a lone one: another is a new initiative harnessing academic research and other thinkers to work on coming up with the 21st-century corporation. As the Purpose of the Corporation website points out:
… the empirical eviden

ce against [maximising shareholder value] now seems to be overwhelming. The idea is implicated in a range of unintended consequences including:

There are movements afoot to develop realistic models for economic activity in the interest of our societies as a whole – in the interest of the common good. The EU should be looking forward, following its own policies on the green economy and supporting economic activity for well-being. Trying to implement ISDS mechanisms which undercut democracy and human well-being, is not the action of an EU representing its citizens well-being.

Update 18 August: The CETA text has been leaked and includes an ISDS which is unchanged from that commented on by 150,000 respondants to the European Commission consultation that closed in early July.

Update 3 September: Carlo Calenda, Vice-Minister for Trade of Italy, today told MEPs at the Parliament’s Committee on International Trade that it is impossible to exclude ISDS from CETA. The only actions possible now, he said, is to approve or not approve the finalised agreement, but it is not possible to re-open negotiations on the ISDS or any other chapters.