Black Lives Matter* activists visited Europe last week to share their experience of anti-racism campaigning in the US. They hoped to learn about, and encourage, efforts to address racism in Europe. Their visit was organised by the International Fellowship of Reconciliation (IFOR), the global network of grass-roots and faith-based peace organisations.

IFOR arranged for anti-racism activists Derecka Purnell and Nyle Fort to take part in a series of events in Antwerp and Amsterdam. Derecka, a law graduate, and Nyle, a youth pastor, organise activities in the US that empower disadvantaged communities. Activities range from street protests to breakfast reading clubs. 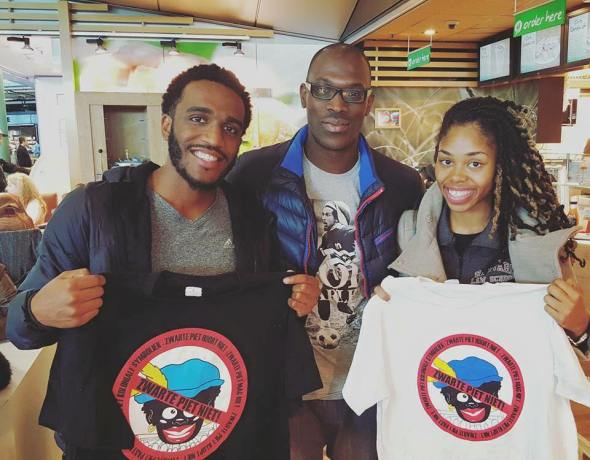 Nyle Fort and Derecka Purnell in Amsterdam with anti-Zwarte Piet t-shirts, Ocotber 2015. In the centre is Mitchell Esajas of the New Urban Collective, an organisation that works on racism in the Netherlands.  Credit: Nyle Fort.

Mitchell Esajas of the New Urban Collective, an organization that works against racism in the Netherlands

In Europe, TV coverage of Black Lives Matter has focused on the movement’s reaction to the shooting of Black teenagers by police. However, Nyle was keen to stress that policing was only part of what concerns anti-racism activists. More Black people suffer from hunger, poor schooling, limited access to books and unjust incarceration, he explained.

Nor is this just a US problem. A Swedish Government study of what is known as ‘Afrophobia’ found that Swedes of African descent are marginalised in social, economic and political terms. The report, which was commissioned by the Swedish Minister of Integration in 2013, showed that stereotypes dating back to colonialism were still prominent in Swedish culture.

Afrophobia is a specific form of racism, but one which is far from the public consciousness. It is the fear, dislike or hatred of people of African descent. QCEA has previously highlighted afrophobia in its advocacy about hate crime. Victims of afrophobic hate crime were found to have more severe feelings of powerlessness and insecurity due to the long history of afrophobic racism.

For the 12 million EU citizens of African descent, afrophobic prejudice is at the root of the discrimination they face in education, the labour market, health services, the criminal justice system and the media. 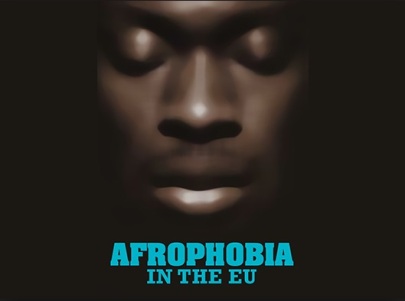 One of the more visible forms of afrophobia is the negative stereotypes that dominate representations of young Black men in newspapers, TV news, music videos and computer games. Black men are disproportionately shown in criminal and violent roles, or as sidekicks to White protagonists. Similar imagery was used during the slave trade and European colonisation of Africa to claim that African men were wild and needed European civilisation.

Racist colonial imagery is still perpetrated in Europe today, perhaps most controversially in the character of ‘Zwarte Piet’ celebrated in the Netherlands every December. Indeed, European societies are built upon a ‘structural racism’ that began with the slave trade and colonisation. 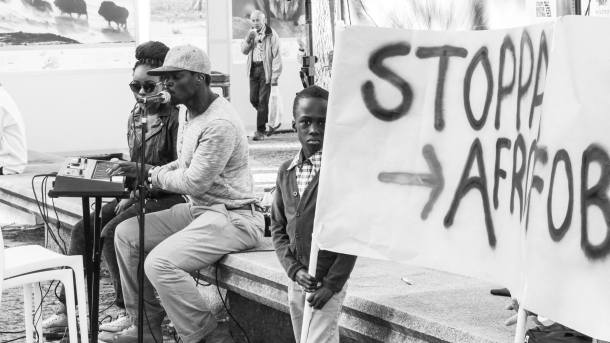 Many Black Lives Matter activists are sceptical about what can be achieved by engaging with political institutions, believing that justice and equality require more fundamental changes to our political and economic systems. However, many voices and approaches will surely be needed. As initial steps QCEA encourages:

For all lives to matter equally in Europe, we must address centuries of afrophobia. It is the lived experience of many in European societies, and a test of whether as peace groups we are willing and able to reach out beyond our traditional constituencies. 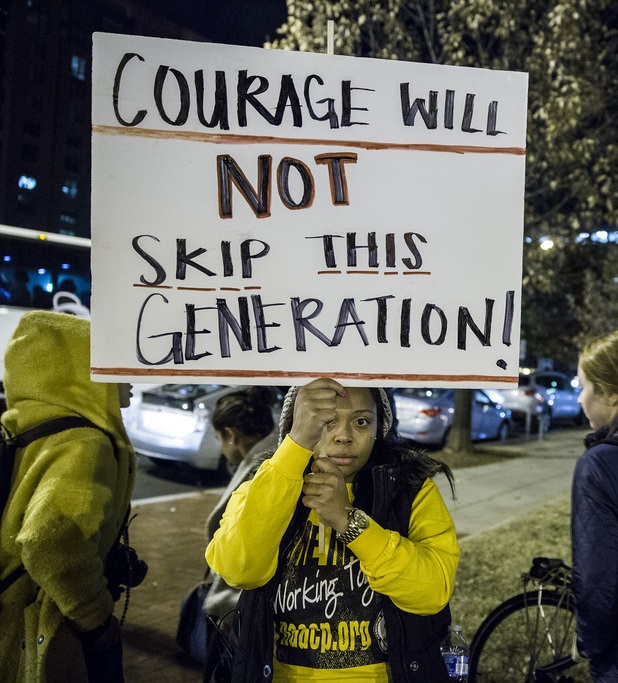 Protester in Ferguson, the US town where Micheal Brown was shot and killed by a police officer in August 2014.

*Black Lives Matter is used within this blog to refer to the social movement, rather than an organisation with the same name.