Quakers were asked to be one of two ‘expert’ speakers to introduce an international conference about hate speech on the internet last week. Fifty-seven governments took part, alongside almost three hundred other participants – all online.

We had been asked to do this following a research report we published in 2018, the ChooseRespect.EU platform that we built for the European Parliament elections in 2019, and a subsequent multi-day quiet diplomacy meeting we held at Quaker House on a similar topic. 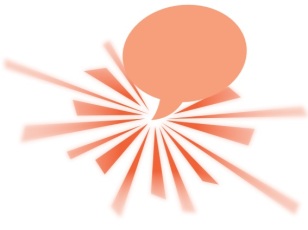 However, what will have surprised many is that as Quakers we were able to draw on a long experience of overcoming many of the dilemmas that face policymakers today. For those governments that fear action to counter hate speech will curtail freedom of expression, our comments could not just be dismissed as tunnel-vision advocacy, uninterested in the complexity of the issue.

Whilst we made the case for the further action that was needed, we pointed out that the Quaker record includes not complying when the British government imposed censorship on publications during World War I. Unless speech incites to hate or violence, the Quaker statement of 1917 explained that faith “requires toleration of opinions not our own, lest we should unwittingly hinder the workings of the Spirit of God.”

The ‘hate speech or free speech’ debate is one of the cul-de-sac conversations that stifle progress at these summits. We need to address hate speech AND protect free speech, and I hope the conference time was better spent by us naming this at the start of the day.

Hate speech is not a broad and diffuse concept encompassing many things that might be offensive. Definitions of hate speech from European Court of Human Rights to Twitter are consistently narrow, concerning language that incites violence or language which is dehumanising (i.e. comparing people to animals with terms such as, ‘cockroaches’ or ‘plague’).

At the conference we encouraged policymakers to take time to understand where hate speech comes from. We pointed to evidence that it sometimes reflects proxy concerns, such as unemployment or poor public services. And of course, some political actors seek electoral advantage by deflecting these deeper societal problems onto an ‘other’, and this shapes wider public sentiment.

Our 2018 research on hate speech in European newspapers found phrases like ‘A beast from a jungle’. This kind of dehumanisation is rooted in ideas that were created long ago in Europe to justify the slave trade and colonialism – still today denying people’s humanity, ignoring suffering, justifying violence and ruining lives.

Meaningful progress on hate speech is not about deleting individual comments on social media, but addressing prejudice and dealing with the past. For example, overturning the default narratives of European cultural superiority is about how we think and communicate about ourselves and others.

On the morning of the conference, a friend sent me a video he had recorded of dehumanising speech by police officers in Brussels. Police had asked a group of people of African descent to leave a park, without approaching the people of European descent sitting nearby with any similar request. As the Black people leave the park one police officer can be heard to refer to them in a dehumanising way, as ‘it’, instead of ‘he’ or ‘they’. We are not born with these ideas.

I mentioned this example in a constructive way during my remarks at the conference, and was surprised, when a couple of hours later, Belgium took the unusual step of exercising their right to reply. A diplomat made a short statement saying that police receive training, are bound by internal regulations not to discriminate on the basis of race and that a national equality body exists to monitor discrimination.

Afterwards I learned from an Irish Quaker that the Maximilian Park, where the incident took place, bears the name of a Polish Franciscan who volunteered to die in the place of a stranger at Auschwitz. “He would be very upset at such behaviour”, she pointed out.

I thought back to my visit to Buchenwald concentration camp as a school student. I recalled the sensitisation visit to a Gurdwara and a Mosque during my police training, and hearing colleagues who had done voluntary service at a mental health charity – as part of their training.

This kind of sensitisation makes a difference in that moment when we see a hateful Facebook post and wonder whether to engage. But there is deeper thinking to do. Why is it that many of us need to meet people, hear their story, or see their religious practice for ourselves, in order to know that they too are human.

We have seen in recent weeks how we all worry about our children or parents, we all look after the sick in our families. As many talk of economic recovery, we also need a social recovery. In society too, we need to #BuildBackBetter.

Find out more about online hate speech in this webinar series with Martin Leng:

Webinar 1: What is hate speech and how to address it