In the wake of the recent TTIP leaks and their fallout, including Francois Hollande’s threat to block those negotiations, there is a risk that discussions at the European Council on the very similar deal between the European Union and Canada, the Comprehensive Economic and Trade Agreement (CETA), will slip under the radar. This inconspicuousness is part of a wider lack of attention on CETA, particularly in comparison with the notorious TTIP.

CETA is one of the group of mega trade deals currently in negotiation globally, the most infamous of which is the Transatlantic Trade and Investment Partnership between the United States and the European Union. Compared to TTIP, CETA has garnered relatively little attention, despite the fact that it includes the same controversial measures for investor protection, although Canada and the EU recently agreed to include the EU’s reformed system, ICS. 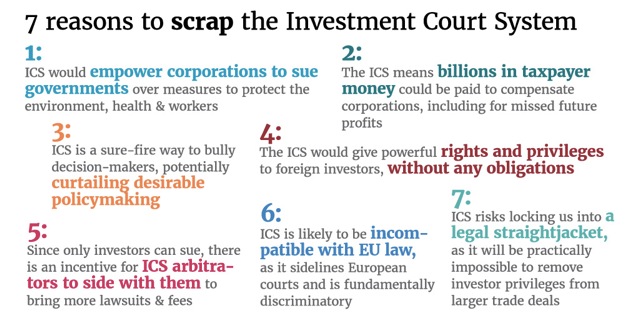 There are many problems with the EU’s proposals for investor protections. Image credit: CEO

Why is CETA in TTIP’s shadow?

Why then has there been so much more concern about TTIP, than around CETA, especially given it is already approved? Perhaps it is a question of timing – CETA negotiations began in 2009, before so much attention was being given to such trade agreements. Or maybe the lack of attention is due to our stereotypes of Americans and Canadians – many American corporations are perceived as power-hungry and domineering, explaining much of the consternation around giving corporations power to sue governments, perhaps we think of their Canadian equivalents as less threatening.

This is a flawed perception. First of all, 42,000 US companies have Canadian subsidiaries, and thus would be able to sue European governments through CETA and its investor protection measures, once implemented. Further, Canadian corporations are not so retiring themselves. Under the North American Free Trade Agreement (NAFTA), which includes an Investor State Dispute Settlement (ISDS) mechanism similar to the US proposal for TTIP, Canadian companies have sued the United States 18 times, including over Barack Obama’s decision to cancel the Keystone XL oil pipeline. Clearly Canadian companies are not afraid to challenge decisions made in the interests of the public and the environment, similar to their US peers.

Despite these manifest problems, CETA negotiations concluded in 2014, and the legal revision of the text was completed earlier this year, leaving the way clear for final ratification. European member states will most likely not sign on until the autumn but the Trade Council on the 13th May is still an important moment, as the European Commission is reportedly anxious that member states affirm their support for CETA, even before signing it. 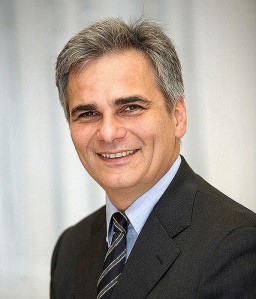 The Commission’s anxiety may come from the fact that many member states view the trade deal as a “mixed agreement” meaning it concerns areas that are national responsibilities as well as European-level responsibilities. This would meant that national parliaments would all have to agree the deal, as well as the European Parliament, and national governments at the European Council, considerably complicating the process, something the Commission wishes to avoid. However, this view – apparently held by 24 of the 28 Member states – does present an opportunity for those concerned by such mega trade deals to block, or delay the agreement, and insert more accountability into process. Before his resignation, the former Austrian Chancellor, Werner Faymann took a stand against the deal saying that approving CETA would provide a foundation for TTIP, showing that approval by member states would not be straightforward, explaining the Commission’s anxiety.

We encourage you all to take this opportunity to put pressure on your governments by writing to your representative and trade minister to call for CETA to be voted on in your national parliament, and to reject “provisional implementation” – meaning that the agreement could not be applied until this process has concluded in all 28 member states. Calling for an economic and sustainable impact assessment of CETA would also serve to show the concerns around the deal, and delay its implementation.

Protestors in Hannover call for a volksentscheid – a referendum – on TTIP and CETA. Image Credit: flickr, Mehr Demokratie